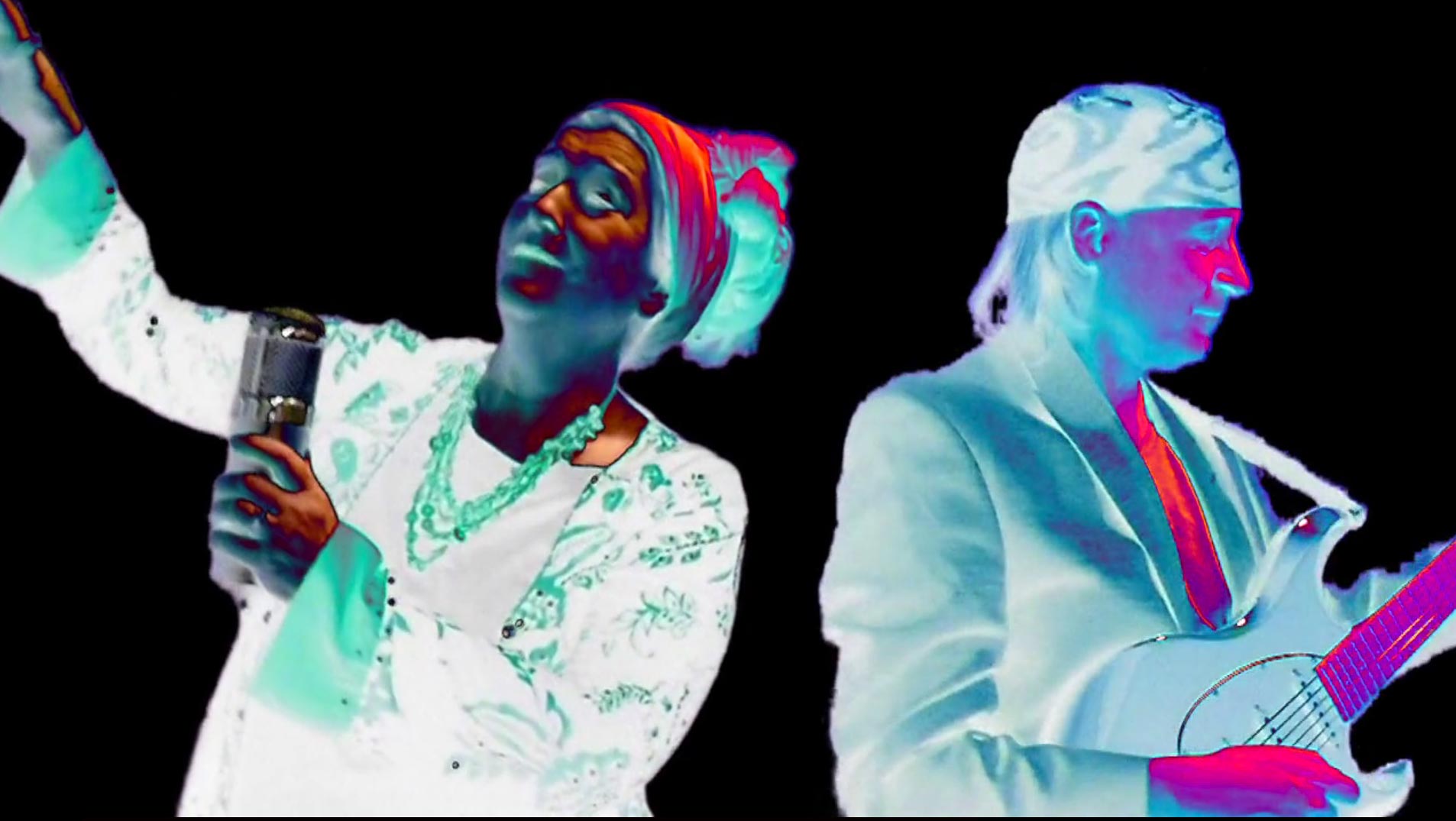 The intuitive understanding between musicians is called “chemistry” and Sonic Twist®, with Judi Silvano and Bruce Arnold has chemistry in abundance. The duets on all of Sonic Twist’s® recordings, some “composing in the moment,” some composed, show a duo who are intensely tuned into every nuance as they follow the sonic twists and turns of these each song. This is some deep listening.

While Judi Silvano may be best known for her extensive jazz catalogue, her passions extend well beyond, to embrace classical and “composing in the moment” music. Her background in modern dance also adds an underlying spatial physicality. It is this spatial element that is particularly present on all of their recordings, and a likely reason that working with Bruce Arnold proved to be so rewarding.

Hailing from Sioux Falls South Dakota, Bruce Arnold has been exploring the potentials of his beloved electric guitar for years, using the program SuperCollider to summon up atmospheric soundscapes. His added fascination with 12 tone and pitch class theory as applied to “composing in the moment” lends his playing a distinctive harmonic and melodic voice.

When Sonic Twist® decided to see where a duet situation would lead them, both were surprised at the ease with which they created engrossing, evocative music. “I couldn’t believe how comfortable Judi was with pedals and effects she had never used before.” says Arnold. “And what she did with them was so cool, it was great to “compose in the moment” with; it felt very free to create along with her.” As for Silvano, she says “Bruce has exactly what I look for in a musician- he is literate, sensitive, and incredibly open in his approach.”